To coincide with Simply Business'  brand refresh Wilder conceived & produced a series of 30-second and 6-second spots 'Celebrating Differences' for a YouTube advertising campaign. The 30sec spot was been viewed in excess of 1.6m times over a 6 week period with an amazing 3x above average viewer retention.

The European Amputee Football Championships kick off in Istanbul next week with England’s first match against Greece on Tues 3rd Oct at 15.30.

Wilder worked closely with lead sponsor Simply Business and EAFA to create a series of 'Top Trump' style films to showcase the amazing talents of the England players.

Many thanks to the team at Copa90 who just posted a compilation edit which has already received over 55k views, click here to watch it. 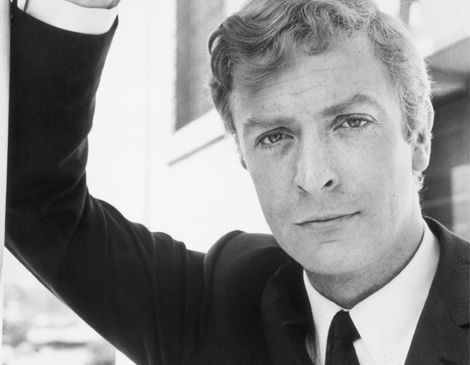 Wilder are proud to announce that feature-length documentary 'My Generation’ will premiere next month at the prestigious Venice International Film Festival. British film icon Sir Michael Caine narrates and stars in this vivid and inspiring story of his personal journey through 60’s London.

Based on personal accounts and stunning archive footage, this feature-length documentary sees Caine travel back in time to talk to The Beatles, Twiggy, David Bailey, Mary Quant, The Rolling Stones, David Hockney and other star names.

“For the first time in history the young working class stood up for ourselves and said: We’re here, this is our society and we’re not going away!”

Wilder worked closely with the whole production team, trawling through 100’s of hours of original 60’s archive material to create the dynamic opening title sequence, and over 30 additional animated sequences.

The Venice International Film Festival, now in its 74th year, is the oldest film festival in the world and ranks alongside Cannes and Berlin as the most important showcase for new feature films.

A huge congratulations to all involved!

Wilder have produced a series of films for social media to celebrate Simply Business's sponsorship of the England Amputee Football Association.

Filmed at the UEFA Champions Festival in Cardiff, the films have racked up over 85k views on Facebook alone.

The England team's recent success winning the Futbol Cup in Poland was the perfect start to their preparations for the European Championships in Turkey in October. Watch this space for more films in the build up!

Simply Business - ‘We Are B Corp’

Do check out our new film for Simply Business, a really remarkable employer (Sunday Times #1 Best Company to Work for 2016 & 2015), which celebrates their award of the highly prestigious B Corp accreditation.

B Corp is to business what Fairtrade is to coffee, an independent accreditation for companies that attain the highest standards of social & environmental impact and prove that business can be a force for good.

Filmed at the insurance specialists London and Northampton offices the film captures the passion and pride of Simply Business’s employees and has been viewed over 23,000 times in the first week.

BATTLE FOR THE SKIES at Leeds Castle 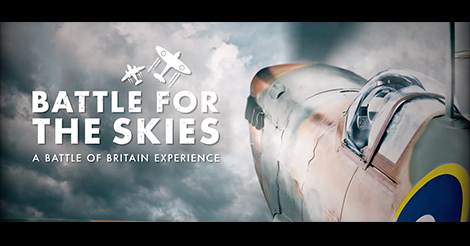 Wilder were commissioned by Interact & Leeds Castle to create an 8 min immersive audio-visual experience bringing to life the story of the Battle of Britain which was fought in the skies above Kent. Wilder lead designer Chris Chalklen working closely with composer Paul Cheese created a 4K multi-screen, multi-projector show due to open this Bank Holiday Weekend. The show is running for 2 years so please do go and see it and have a look around the amazing Leeds Castle and grounds.

Over the next 12 months we will be following the exciting journey of several entrepreneurs and finding out if they have the potential to become the next Elon Musk.

You can see all of the films here: https://tinyurl.com/j7qvp47

Check out our new film for Visit Britain, produced as part of the GREAT Britain campaign, to promote Britain as a top destination for international business events.

This promotional film will support international marketing by Visit Britain for the events industry - a sector currently worth in excess of £19 billion to the UK economy.