Working together again with our friends at Studio Blackburn, we produced an event film for The UCL School of Management to celebrate the launch of their new home in the heart of London’s business and financial hub - Canary Wharf.

38 floors above the city an audience of over 100 professionals had a wondrous far-reaching view of London at dusk, and were then welcomed to a captivating panel discussion on the integration of AI within business sectors, led by Deputy Editor of the Economist Tom Standage.

We hope you enjoy the View From The 38th. 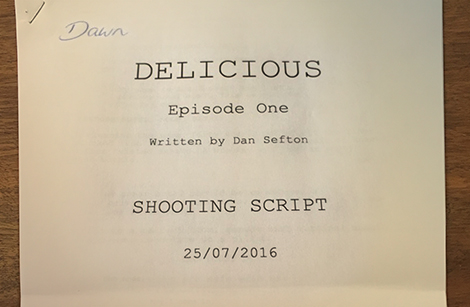 Good luck to Wilder’s very own John Hardwick who has just started filming ‘Delicious’, a new Sky 1 drama about family, food and infidelity starring Dawn French. Set in rural Cornwall the 4 part series has been written by Dan Sefton, ‘Mr Selfridge’ & ‘Diary of a Call Girl’ and is due for release Jan 2017

John of course is no stranger to TV having directed season 3 of 'The Increasingly Poor Decisions of Todd Margaret' starring David Cross and Will Arnett late last year. 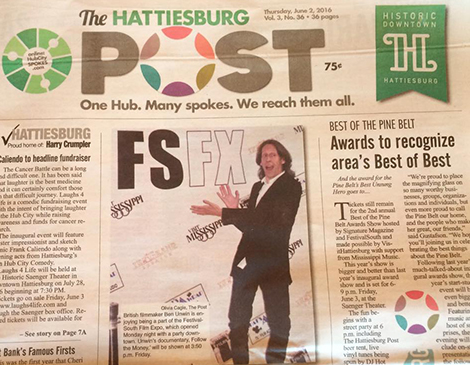 Bentley: The First Bentayga Off The Production Line 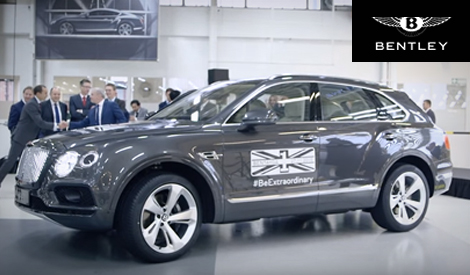 Following a last minute request from Bentley, Wilder created a short film to be used on social media to celebrate the historic first Bentayga SUV, as it rolled off the production line at Bentley’s factory in Crewe.

The Bentayga, billed as the world's first truly luxury SUV, signifies a massive investment for Bentley, but with orders in excess of 3,600, it is on target to become their most successful model to date.

Wilder regular Simon Baker stepped up and the film was shot, edited and delivered in three days.

Follow The Money, winner of Best Documentary Feature at the Louisville Film Festival, was the subject of an interview with directors John Hardwick and Ben Unwin, alongside writer Steve Boggan for the highly respected Independent Film Website Moviescope.

Also, Steve's new book Gold Fever about the latest Californian Gold Rush has been published to rave reviews including a recent BBC Radio Book of the Week.

Check out the interview here.