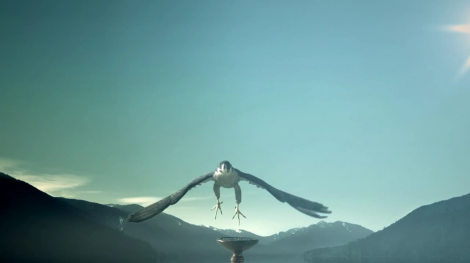 Working with the agency Flourish, we've recently completed 3 films to accompany the reveal of Bentley's new concept 4x4, the EXP 9 F at the Geneva Motorshow. The falcon is a metaphor for the luxury and utilitry of the new car and so we filmed one against green screen on the Phantom camera and then composited it against live action and CGI backgrounds to create the stunning reveal film.