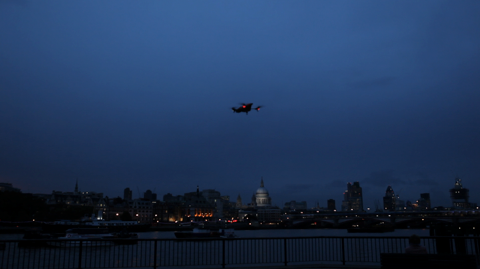 Wilder have been chosen as one of 10 teams from around the world to compete in the AR.Drone International Film Competition. We've been given 10 days, a theme, a genre and 3 AR.Drone 2.0 quadricopters to make a film with. We're currently waiting for a break in the weather to finish our shoot and then deliver our film for the 28th October. The competition is sponsored by Parrot and the 48 Hour Film Project and the winning team gets a $10,000 prize. Fingers crossed it stops raining, we don't crash the drones, we finish the edit, we don't forget to post it, we make a half decent film that does London proud.